When I was trying to solve my own genetic genealogy mystery I was struck by how difficult it was to learn what I needed to do, and often the material I found online was just too complex for what I actually needed to know. Wading through tons of material to find what I needed was time-consuming and took away mental energy I needed to work on solving my mystery.

As time went on I developed my own methods for doing research, drawing on my skills gained from my education and work experience, and I of course learned what not to do as well.  Since becoming interested in genetic genealogy I’ve helped people find answers to their own mysteries, but wanted to empower people to do it for themselves, so Toll Genealogy was born. 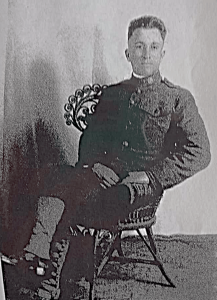 Toll Genealogy is named for my great-grandfather, John Thomas Toll, identified using genetic genealogy in January 2018, after a lifetime’s search (but just over a year since my first DNA test).

I undertake a limited amount of consulting work, for full details, please see my Consulting page, particularly if you are looking for a genetic genealogist or forensic genealogist to help you answer a mystery!  I also undertake ‘traditional’ genealogy work