Want the lowdown on DNA testing for genealogy?  Read on!  This article was originally published in October 2018 and was updated on 14 July 2021.

Anyone who knows me will tell you that science was not my favourite subject in high school, so I am definitely not the expert on the science side of all this.  However, I do believe that to use DNA as a tool to find biological ancestry, a basic grounding is helpful. 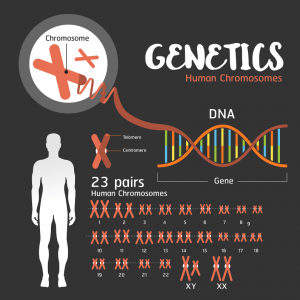 Humans are living beings, and all living beings are made up of cells.  Cells contain many things, including hereditary material.  For our purposes, this includes DNA and mitochondria.   DNA is organised into chromosomes.  We have twenty-two pairs of chromosomes known as ‘autosomes’; and another pair of chromosomes, which are the ‘sex’ chromosomes (so 46 chromosomes in total, one half of the pair inherited from your mother, and the other half from your father).

Mitochondria cells convert energy from food for the cells to use to function and also contain mitochondrial DNA (aka mtDNA).  This form of DNA is passed to you from your biological mother.

The types of DNA test

Y-DNA looks at the Y chromosome of males.  As it is passed on from father to son only, a Y test will only give you information about a male’s direct paternal line, i.e., your father’s, father’s, father’s father etc.   If you wanted to know about your mother’s father’s line, you would need to test her father (or one of his brothers, or their male offspring, a male sibling of hers or his son). If there are no surviving males that fit into one of these categories, then no Y-test can be done.

Y-DNA testing is available through both FamilyTreeDNA, 23andMe and LivingDNA and testing with one of these companies will give you your ‘haplogroup’.  This is a group of people who share the same ancestral origins, and can usually give you a geographic origin of your direct paternal line (for example, my father’s haplogroup is within RP-312, which is common in Europe, and in particular the British Isles).  FamilyTreeDNA enables you to drill down further into your haplogroup with more extensive Y testing (the most expensive of which is its Big Y-700 test at $449, which drills down into the most current possible level, and the haplogroup gets updated as they are further able to refine).

FamilyTreeDNA also has Y-DNA matches, so can be used to find those who share your paternal line, but the database size is far smaller than any autosomal database, so testing for this purpose alone can be a pretty expensive gamble.  For example, I tested my father’s DNA at the highest level, and his only Y matches are so remote as to not be identifiable, and likely the common ancestors are hundreds and hundreds of years back, probably before surnames existed. He doesn’t share autosomal DNA with any of his Y matches.  That’s not to say you shouldn’t Y test if you are interested in deep origins, but don’t test expecting to find answers to more recent ancestry.  It is possible, but autosomal testing is the cheaper way to go.

One thing that Y-DNA testing can do, is give adoptees and those with unknown fathers a clue as to possible birth surnames which you can then look for in your autosomal matches.  You can also use the haplogroup information at Gedmatch to see if any of your matches there have indicated belonging to the same haplogroup. 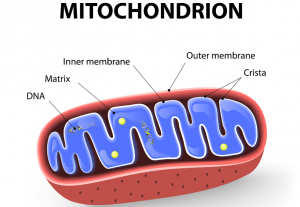 mtDNA looks at the mitochondrial DNA inherited from your mother (note, this is NOT the same as X-DNA; see the next section for information about that), and both males and females can take an mtDNA test.  It works in an opposite way to Y-DNA in that it will give you genetic information from your direct maternal line only; i.e. your mother’s, mother’s, mother’s, mother and so on.  A lot of people take it for interest, as you find your maternal line haplogroup which, like its Y equivalent, will usually give you a geographic origin for your direct maternal line (for instance mine is U5b1d which is a branch of U5, one of the oldest haplogroups in Europe.

For more recent genealogy mtDNA is not really useful; partly because the only site you can currently see matches on is FamilyTreeDNA and the database is small, but also because mitochondrial DNA mutates more slowly than autosomal DNA so it doesn’t change much across generations.  In my own mtDNA matches shown on FamilyTreeDNA, I share no autosomal DNA with any of my matches, neither does my father with his.  The most detailed test available is through FamilyTreeDNA, but, as for Y-DNA, you can also get your maternal line haplogroup from testing at 23andMe or LivingDNA.

Autosomal DNA is, to me, the holy grail of genealogy testing.  It helps you find out about your ethnicity and can help you find living relatives and finally break through longstanding brick walls.

Autosomal DNA testing is what has made it possible for countless people with unknown parentage, including adoptees and foundlings, to find biological relatives.  It’s currently a hot topic in the press since exactly the same processes and procedures used for unknown parentage cases is being used to identify suspects in criminal cases, and to identify unidentified murder victims and other John and Jane Doe cases.

The reason it’s so useful is because it’s a good indicator of more recent ethnicity since it’s passed down from generation to generation.  This means it’s possible to use it to find people who share DNA with you, which means you can then potentially identify the ancestor whom you both descend from.

How do we inherit autosomal DNA?

Before the DNA passes to you, it does this thing called recombination, which basically means its all gets mixed up.  This is why siblings do not share the same DNA.  The same thing happens over and over again, so it is entirely possible to share no DNA with a fourth cousin, and very little (or again, even none) with a third cousin.   As a real-world example, I share just 7.8 centimorgans of DNA with one of my known second cousins once removed, but my father (his second cousin) shares over 100cm with him.  I must have inherited very little of the DNA from my dad that he got from the common ancestors we share with this cousin.

One more thing – what’s a centimorgan?

Simply put, it’s a unit of measurement for DNA.  It’s used by all the test companies except 23andme, who make things a bit simpler and just refer to the percentage of DNA you share with another person.

This is just a very high-level overview of the science, which I believe helps you understand further about which test or tests you might like to take, and so that you why the closeness of a match helps estimate the exact relationship you are likely to share.  Thankfully DNA Painter’s Shared cM Project Tool has taken much of the hard work in working this out. 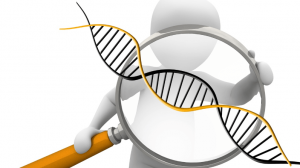 Where do I get my DNA test? – the lowdown on the major DNA testing companies

There are currently five DNA testing companies for genealogy:

The companies differ in precisely what you get for your money, and how you test, but all feature tools to see your ethnicity results and matches to people sharing some aspect of your DNA, together with tools to work with those matches.  The test is simple, involving either a saliva sample or a cheek swab and full instructions are included with all test kits.  It does usually take several weeks to get your results through, which can be tough if you are at all impatient.

As well as testing your autosomal DNA, your results sometimes include testing of your ‘X’ DNA as well.  If you are male and you see a strong match with someone else on your X chromosome, then you know that the match must be on your mother’s side, which can help narrow things down a lot, particularly if the match is also with a male. It gets complicated after that generation; it can be a bit of a headache to work out who DNA could have been inherited from, and also because X DNA doesn’t recombine in the same way as autosomal DNA, you can share a fair amount of X DNA with someone with whom you are not related within the last few generations.

To be honest other than looking out for any large matches, I’d concentrate on autosomal matches; a good rule of thumb is if you don’t share a fairly sizeable amount of autosomal DNA with a person you also share on the X with, you are unlikely to be able to work out who your shared ancestor is since it could be several hundred years in the past.

For autosomal testing, if you aren’t that concerned about the ability to find DNA matches or relatives, then I would go with any of the ‘above companies, although I generally recommend Ancestry for someone testing for the first time.  Their ethnicity estimates are frequently update as their science gets better, and they have the biggest database of DNA testers, so if you might want to get into genetic genealogy in the future, it’s the best place to start.  You can also use your Ancestry raw DNA data to try out My Heritage, FamilyTreeDNA and LivingDNA later, since those companies allow DNA uploads.

If you do want to take advantage of DNA matching/relatives databases, and/or your specific goal is to find biological relatives or just identify your biological roots, then it’s a no-brainer to test at Ancestry first.  If you have a bit more cash to lay out you can maximise your chances of finding answers by doing the following after testing at Ancestry:

For Y-DNA and mtDNA testing, FamilyTreeDNA will give you the most detailed results (at a price!); 23andMe or LivingDNA will give you broad information – the latter is also probably the better company if you want more detail on British DNA.

Found this post valuable? Buy me a coffee!
← A Day in the life of a Professional Genealogist 10 ways a professional genealogist can help you →